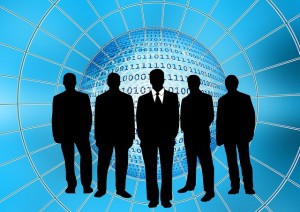 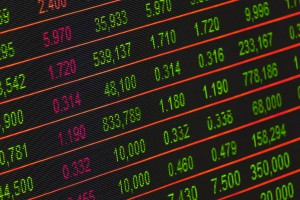 From past few days we have seen a whirlwind of news stories and blog posts relating to study on Saddam Hussein’s links to terrorism. A report, by Kevin M. Woods of the Institute for Defence Analysis, available online and has become the subject of debate over its content, release and meaning.

The storm clouded with McClatchy news with title “Exhaustive review finds no link between Saddam and al Qaida.” After the report is made available to the public, later its author revealed that his report is not exhaustive.

Initial reports of the studies were so far off base that one of the researchers involved in the report said, Report is being misrepresented. I recommend we put it on a website immediately. After that full report was online, and made available by ABC News. It also states that no “smoking gun” linking Saddam Hussein and al Qaeda was discovered during their research but it also not meet the author’s criteria in the “smoking gun” test.

A closer study shows that Saddam Hussein’s Iraq cooperated with, financed and supported a number of Islamic terrorist groups, including al Qaeda. There is a larger capacity for state terrorism such as car bomb training, IED trainings, recruitment of jihadist suicide bombers, and many more such activities.

One of the many important findings in the report was in its conclusion. It states that Hussein had retained capacity to launch Anti-Western terrorist attacks but the will to use that capability, directly against the United States.

Before his death Saddam Hussein undergo a number of communications to the world outside his cell through speeches, letters and interviews. These communications were made public which reveals his insights and personal beliefs, particularly his views towards jihad and the use of terrorism.

On July 7, 2006 in a letter to the American people, he referred to the insurgency in Iraq as “heroic Mujahedeen, in glorious, virtuous, militant, jihadist Iraq. So God bless the heroic people of Iraq and God bless the jihad and Mujahedeen.”

Terrorism is an act of violence of killing people by using various organized methods. Today terrorism has become a global issue and has been spread across as many faces such as by religious groups, political motives of many political parties, activist groups and many more. Terrorist attacks have been increasing in number with each day passing and governments around the World have never succeeded till today to find out a solution for this problem.

There are always different motives behind terrorist attacks. Sometime there is plane hijacking to get other terrorists out of prisons, attacks on public places for killing more and more people and threaten them, suicide bombings for killing, attacks on high profile peoples, attacks to send a message via media such as Boston marathon bombing at the finish line and Infiltration into other countries has been increased from the neighbouring countries causing the killing of soldiers and common people.

The terrorist groups have been funded by collection of money on name of religion, revolution and as protection money, Smuggling and money from betting. Many political parties also support these kinds of activities to gain the upper hand and solve their political motives.

Terrorist attacks have been well organized and secretly planned for very large scale of damage. The terrorists have been provided with the special tactics and trainings for carrying out their task. They also take advantage of media and technology to pass on their messages to the whole World.

Today terrorism can be explained under many activities performed by them such as cyber terrorism includes spam and virus attacks on governments and other official websites, bio terrorism constitute of use of biological war fares such as chemical, viruses, and toxins to kill people, state terrorism is act caused by people of one state against another. Many countries are also dealing with domestic terrorism activities which have been a big threat to the development.

Governments of every country are making their strict policies against such acts and are standing together and supporting each other to overcome these terrorist actions.